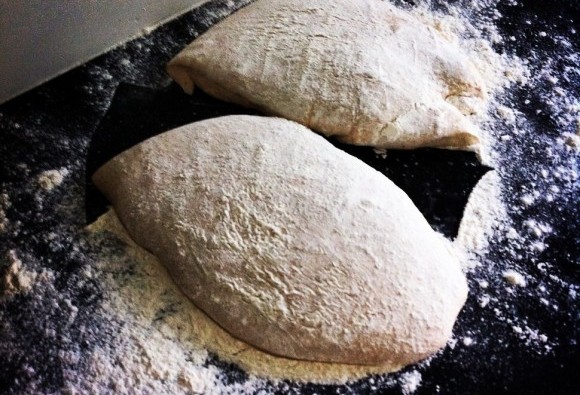 Here you can see the shaping process of a Spelt Sourdough bread:

1. Basic batch is being halved to two parts.

2. Basic batch of the dough, after 3 hours of folding and 1 hour of chilling in the fridge.

4. Two parts are going through 2nd shaping and laid down in the bannetons for final proofing.

- A link to the baking process.

- A link to the final results.