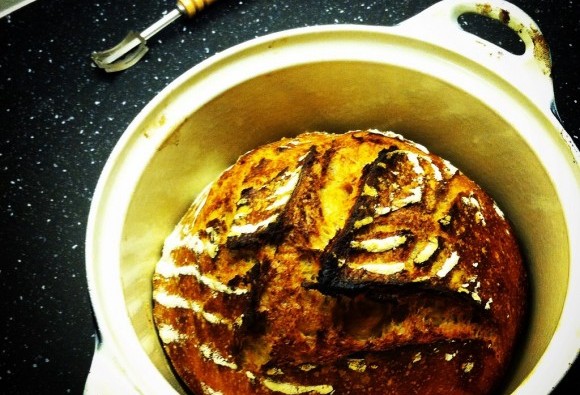 Here you can see several photos from the baking process of a Spelt Sourdough bread:

2. First loaf is carefully removed from the banneton to a preheated iron-cast pan, score & slash some cuts and into the fire!

3. First loaf is halfway baked, now it is time to take off the lid and get the beautiful golden crust.

4. Second loaf is halfway baked, now it is time to take off the lid and get the beautiful golden crust.

- A link to the shaping process.

- A link to the final results.

Known around the… read more