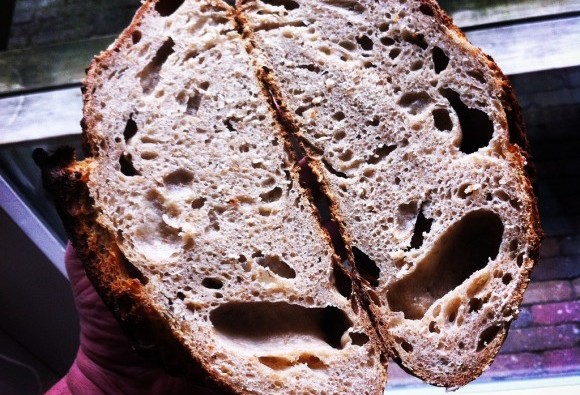 Here you can see several photos featuring the final product of a Spelt Sourdough bread:

1. A loaf being shown after a long night’s rest, it is halved and you can see the beautiful “air bubble” shapes created by the Sourdough’s yeast.

2. The same loaf shown after being sliced, watch the beautiful “air bubble” shapes.

3. Both loaves being shown immediately after leaving the oven, watch the beautiful pattern made by the banettons.

4. Both loaves being shown immediately after leaving the oven.

- A link to the shaping process.

- A link to the baking process.

Known around the… read more