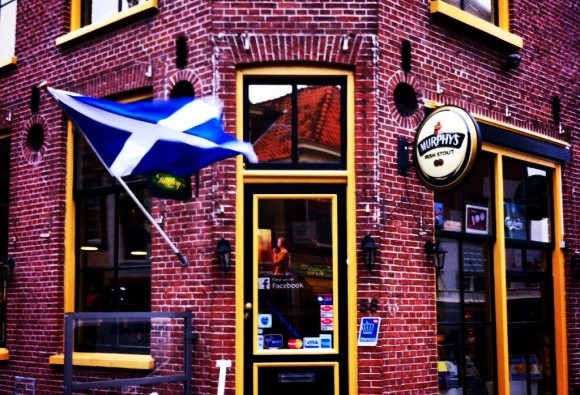 It has been officially titled in the 1960’s-70’s and although it has a very modern name - “Fusion Cuisine” by definition has been around since… well… ever.

Two different culinary cultures, influencing each other to create a third different one is a concept that has been shown in many occasions throughout history, the Balkan Cuisine is a great example of what happens when East meets West to create something that has never been seen before.

In this photo you can see a nice Irish pub in the Netherlands, though the pub’s owner has decided for some reason to hang the flag of Scotland. Maybe it was giving a respect to the Irish Pub in Edinburgh that has won the “Best Pub in Scotland” competition ?

From Baghdad to Tehran