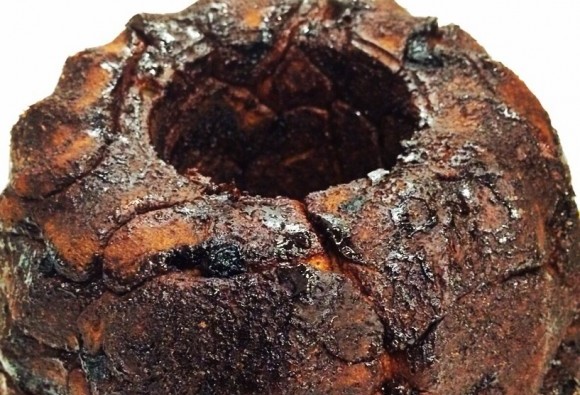 Renowned in New-York (you won’t find many pastry shops without it), the Babka is a Jewish traditional yeast cake from East-Europe, immigrated to the USA during the 19th century.

Much like the famous Jewish Chicken Soup - ‘No two recipes are alike’, since every Balabusta prides herself with her own ‘original recipe’.

Here is my own contribution to this wonderful cake:

Storing: Can keep for a week in the fridge, just bring to boil every time.

Soak raisins in the rum for an overnight at a room temperature, just before the mixing – drain and dry with a kitchen paper.

Butter a kogelhof pan. Using a mixer with a paddle, mix the flour, yeast, lemon zest and salt together. In a different bowl, beat egg yolks with the sugar until incorporated, add it to the flour mixture and combine with the sour-cream and milk – mix on low for 7 min, add the raisins and 75 gram butter and turn to high mix for 3 min. See if it’s not too dry/wet, cover and rest in a warm place for 1-2 hours until double in volume.

knead again and rest until it doubles in volume again. Roll the dough to 1 cm thickness and slice it to small rectangular shapes, dip them in the soft butter & the cinnamon-sugar mixture, fill the kogelhof pan with them, until its ¾ full. Leave to rise until it’s full (30-45 min).

Place in an oven on 175C for an hour, take it out of the oven, let it cool in the pan for 20 minutes before laying on a rack.