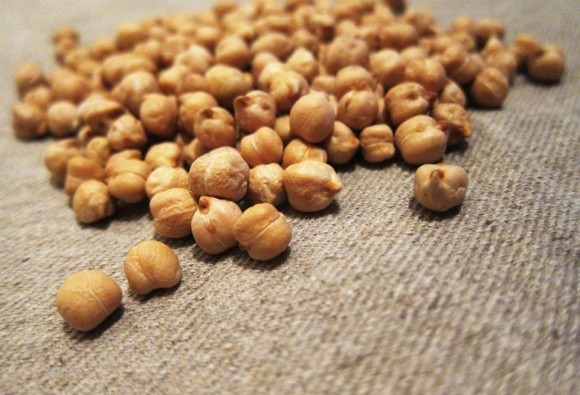 Originating in the Middle-East, Hummus is a very old dish, it is assumed to be mentioned in the bible in the Book of Ruth: “and dip thy morsel in the vinegar” it is suggested that it is not really a vinegar (dipping bread in vinegar is an unheard of custom) but a mixture of Hummus (which has a similar pronunciation to vinegar, mainly because of the sourness they both share).

The main ingredient of the Hummus has several names - Bengal gram, Garbanzo bean, Ceci, Himtsa - but it is better known as Chickpeas (the meaning of Hummus in Arabic).

The ingredients that compose the basic Hummus (Chickpeas, Lemon, Garlic and spices) have been common in the Levant area for thousands of years (a fact that supports the status of the dish in the region). Though the first official record of Hummus bi Tehina (Hummus with Tahini) is from the 13th century AD, it is assumed that this dish already evolved in ancient Babylon back in the 3rd Millennium BC.

In Israel there are even specialized restaurants for Hummus, they are called Hummusiot (one of the best in the land is “Hummus Sa’id” from Akko, a must-eat if you’re in the region).