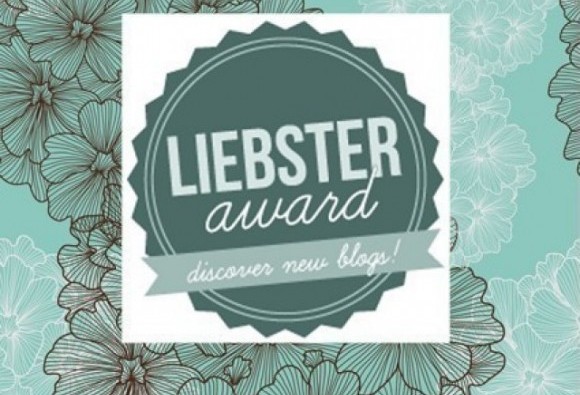 First of all, I want to thank Idoia Castillo and her beautiful blog Look & Cook for nominating me with this award and actually making me aware of its existence

To those of you who are not familiar with the Liebster Blog Award (writes the guy who was not aware of it up until yesterday), it is a blog award that can be given from a blogger to a another blogger (usually small/new blogs), this empowering step is great in both helping new blogs that are struggling to get some attention and also in developing the network of people who follow each blog (and bloggers themselves… of course).

In this post I’ll answer the questions first and then post my lists of questions and nominees.

1. Why did you decide to start a blog?

Well, I decided to open a business that is based on 2 passions in my life - Food & History (got the food from my Balabusta-Mother and the history from my History-Oriented-Father), the business is called Roots of Food and is aimed at giving culinary workshops & lectures with a focus on the stories behind every cuisine, dish and ingredient.

So to open the blog was a natural step I intended taking in order for others to be acquainted with me, my business and the amazing history of different cuisines from around the world.

2. What is your favorite recipe?

Well… though I do love Italian & Spanish food, there are choices that are hard to explain, mainly because they come from the heart and the place I grew up in (an Ashkenazi cuisine house). So because of that, there aren’t many occasions in which I will say NO to either Jewish Chicken Soup or Cholent.

3. What has been the biggest fail in your kitchen?

Hmmm… so many to chose from…

My wife will never forget (nor will I) the day I tried to make Chestnut Marmalade from an Italian recipe I read somewhere.

- 1 kg of wasted chestnuts (plus other ingredients)

- 3 jars I will never be able to use again (the taste of that marmalade was so horrible and dominant, that it got absorbed in the glass).

- 2-3 months of cleaning (truth be told, even after a year, we still found some pieces of petrified Chestnut Marmalade somewhere on the walls and ceiling (the blob-blob effect just splattered them all around the place).

4. Which ingredient cannot be missing in your pantry?

Well… I can always blubber about spicy-smoked-Hungarian-Paprika powder or a good Ras-El-Hanout, but lets get realistic here - the 2 main ingredients I cannot miss (and/or will take with me to a desert island) are salt and flour (don’t ask which type of salt or flour, that would really kill me).

5. Which is the most difficult and impressive dish you have ever made?

Good one… need to think about it…

Well, my wife is my best critic (both because she has a highly refined taste and she knows me very good, so I need to invest a lot in order to impress her)... so according to her reactions, my spelt sourdough bread is definitely a winner, though I would also point out my “Icelandic Thunder Bread” which she has not tried yet.

Started with my mom (like all of them) and continued in the university (where I became a vegetarian for a few years - a move that made me research more types of food, since “when the steak is off the plate, you need to fill the void with something else”).

I connect my learning to cook with my other passions - Sustainability (How does food come to this world? ), general curiosity, books (got too many cooking books and too little time to read them all) and finally - history.

7. Which is your favorite cookbook?

No way I can give only one option (like choosing favorite child… at least not in front of the other children), instead I will give you 3 books:

- My “real” favorite one is in Hebrew (parts of it are translated to English) and is titled “Sherry’s Kitchen” by Sherry Ansky (famous food columnist and an amazing cook in Israel). This book combines both East-European and Middle-Eastern delicacies in a beautifully written story-telling frame, originating in her own childhood in Jerusalem.

- The second one - who happens to be in English (yess!) is titled “Feast from the Mideast” by Faye Levy. It is a brilliant book, written professionally and with extreme care for details. There are 250 different recipes, and up until today I haven’t found one that was not a brilliant success.

- The third one is both funny and sad at the same time. Yesterday, when I saw my nomination, was the same day that the main author of this book passed away. I am talking about Sir Terry Pratchett, known for his Discworld book series.

This book has recipes you will never find anywhere on this world (mainly because they originate from another world), but even for people who are not aware to the Discworld, this book and his recipes are by far the coolest experiment they will ever do with food. From a pizza that is shaped with rat as topping (Quatro Rodenti pizza), through Wow-wow sauce and up to the infamous Banana-soup-surprise.

You will not be sorry for buying it.

8. What has been the best blogging tip you have ever had?

Change the background once in a while and don’t forget to use humor.

9. How do you plan your posts and when do you write them?

Good question, I am still in the process of deciding that, but the main aim is to store beforehand a buffer of posts and to publicize at least 1-2 posts per week.

Hopefully, these answers not only replied on your questions, but have also created some smiles on the way (as written above - humor is important).

The blogs I am nominating are:

And the questions are the following