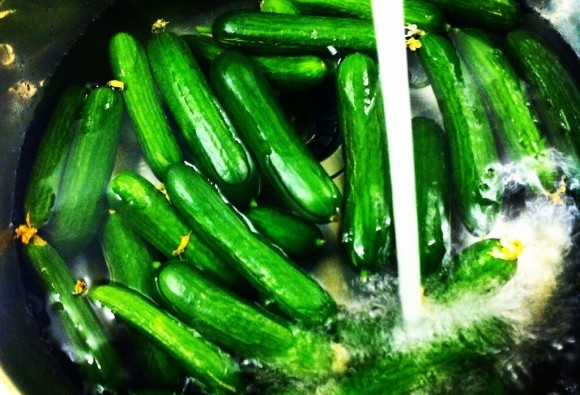 Pickling is an ancient technique used to preserve food for a longer period of time. It is assumed to originate in Ancient Egypt, where the knowledge of preserving bodies (Mummies) has given the base to the usage of Sodium Chloride for preservation. In the Pickling process, we create either very acidic or very salty environments, through which most of the bacteria is killed and from that - the life span of the food product is extended dramatically.

In this series of photos, you can see the pickling process of Gherkins - perhaps one of the most renowned pickled vegetables in the world.

We start with washing the cucumbers (they are called Gherkins only after being pickled) in a bowl. Afterwards, they are inserted to a sterile jar, together with herbs, spices, garlic cloves and spicy peppers. Then, they are filled with the brine and are left to get pickled and stored.

Every culture has its… read more